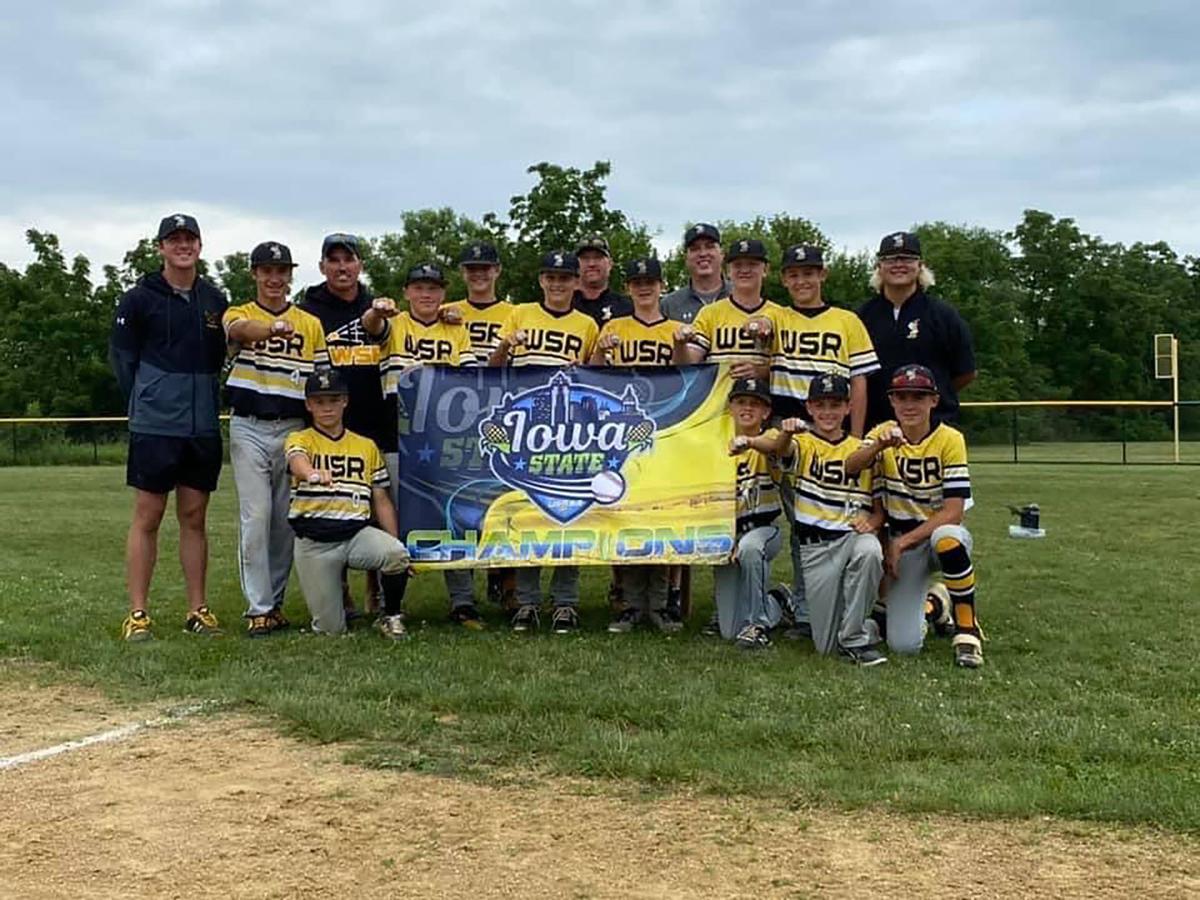 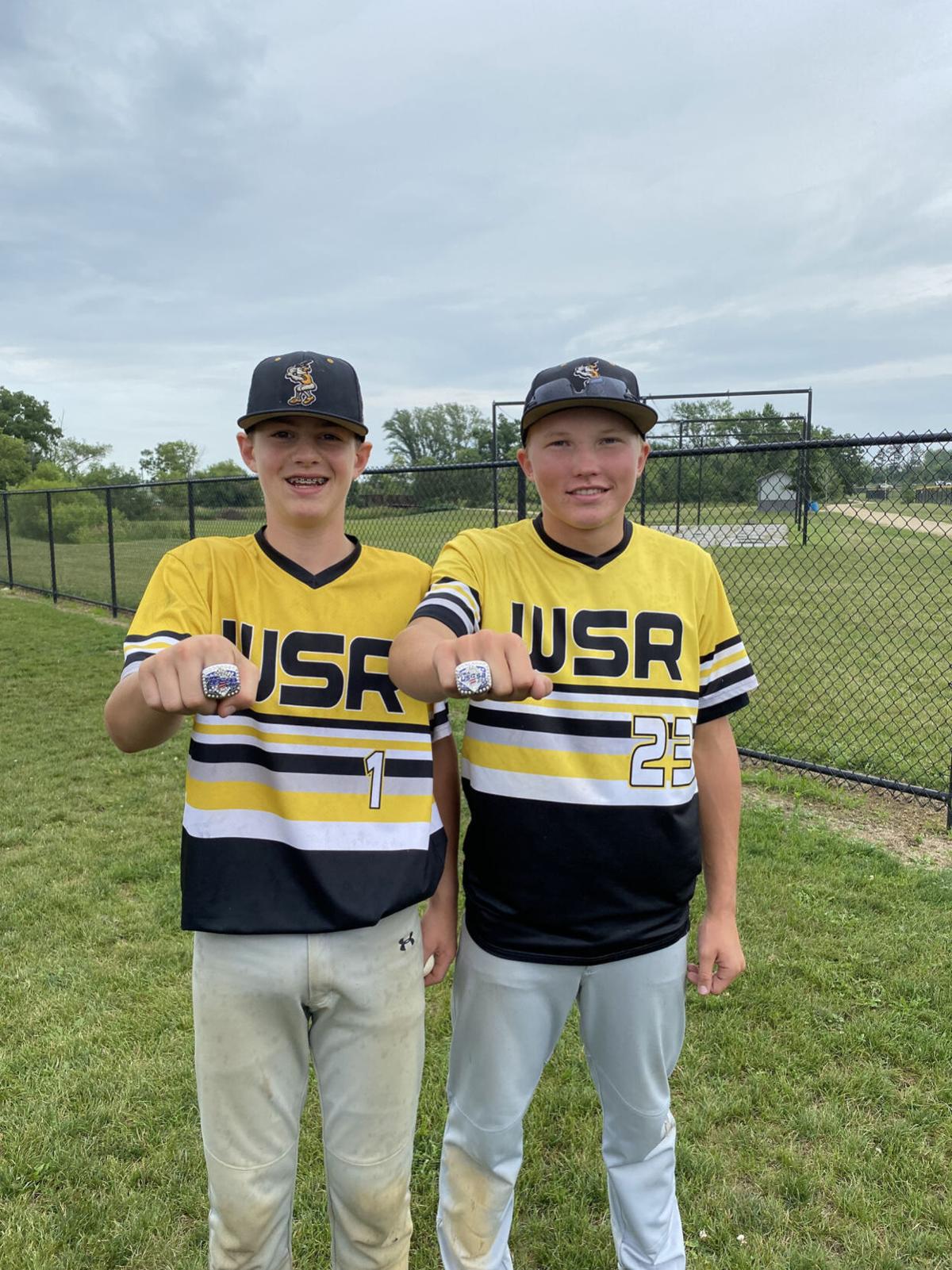 The journey began well before the first pitch was thrown.

Last November and December, despite the COVID-19 pandemic still gripping the state, the country and the world, members of the Waverly-Shell Rock Baseball Club’s under-13 USSSA team went to work.

They spent hours fine-tuning their skills through extensive hitting and pitching drills. In January, they spent two to three nights a week practicing indoors wherever they could find an open gymnasium.

They geared up for the moment they had dreamed about.

It all came to fruition Sunday at Prairie Sports Park in Cedar Rapids, where history was made.

W-SR’s under-13 squad won the USSSA Iowa state championship – a feat three years in the making – after it defeated the West Des Moines Bison, 14-2.

“We challenged them for three years in a row to improve, and they’ve met that challenge both offensively, defensively and pitching,” said assistant coach Matt Dewey, who also serves as the W-SR Baseball Club president. “It’s rewarding as parents and certainly as coaches.”

Sunday marked the third straight year in which this group reached the USSSA state tournament championship game. Two years ago, they competed in the under-11 A division. Last year, they advanced in the under-12 AA division and placed second.

They finally won it all Sunday. And they accomplished the historic feat while also battling the pandemic.

“One thing they had during that whole pandemic, is they were able to play baseball,” Matt Dewey said. “It was great for the kids.”

The team began its historic run this season by participating in the Iowa-Nebraska Border Battle on April 17 – an event featuring the top four teams from Nebraska and Iowa squaring off. They then won the Iowa small-town baseball state championship June 11-13 in Grinnell.

When they arrived at Prairie Sports Park in Cedar Rapids, first-year coach Brodey Key gathered his team and shared an important message.

“I said we’re here for a reason and we made one of the toughest divisions for a reason,” said Key, a 2020 W-SR graduate and former baseball player. “We’re one of the best teams in the state and to just remember that before we entered each game this weekend knowing that we’re going to beat every team we see.”

The team went 6-0 over the weekend tournament, which began with pool play Friday. It outscored its opponents a combined 57-16 during that stretch, which included a two-run home run from Matt Dewey’s son, Kael, in a 4-1 win over the Iowa Sticks.

During the first bracket play game Saturday, W-SR earned the No. 1 seed. But it trailed Cascade, 6-3, entering its final at-bat. It scored four runs to advance in walk-off fashion.

“That was obviously an exciting game,” Matt Dewey said.

W-SR went on to beat West Des Moines Bison in the championship game, which featured a three-run homer off the bat of Jack Elsamiller, who caught 250 innings for the club this summer.

“They had tons of confidence all weekend, and they knew that this was the year they were going to get it done,” Key said of his team.

“The level of work that these guys have done on the mound all year has been incredible, and I’d say that really propelled us to win this whole thing,” the coach said.

The W-SR Class of 2026 squad finished the season with an overall record of 29-10 and will carry the momentum entering their freshman year of high school.